In Aix-en-Provence, a third-grade class became year-long pen pals with a class at the Tashkent French School…in Uzbekistan! This far-flung conversation made possible by ONE let the students explore their respective countries despite the global health crisis.

For the past six months, two French classes in France and Uzbekistan have been using ONE to communicate with each other and build bridges one message at a time. The goal of this project was to overcome geographic barriers, encourage the students to share their day-to-day lives, and spark their curiosity.

The program was a huge success with students. “They were really enthusiastic, and it motivated them to work harder. They love logging into ONE, and having pen pals made them even more excited,” said Cécile Nègre, Principal of Marcel Pagnol Elementary School in Aix-en-Provence.

The school administrator, who was behind the effort, asked the ONE team at the start of the year if it was possible to set up an exchange program with a school in another country. She received the contact information for the principal of Tashkent Elementary, who was interested in setting up a similar kind of program. Aix-en-Provence has participated in an international pen pal program before. A class from the French school paired up with students at a school in Tokyo to write shared Blogs and Multimedia Notebooks that they shared with each other.

Communication with the Uzbek class was established gradually, starting with the two teachers and then expanding to include all of the students. The classes started by sharing letters with each other that they had written together. The letters described their countries, cities, and finally their schools. The teachers then worked with the students to help them describe themselves so every person could introduce themselves. Finally, the students were matched in pairs. All of the students wrote each other using the ONE mailbox and shared photos with each other. They quickly formed bonds and discovered that they had lots in common. “It was so neat that the students were so far away and yet so close. In the end, we felt like we knew each other well,” says Cécile Nègre.

The close ties between the two classes, despite the physical distance separating them, encouraged the young French students to do research for presentations on Tashkent and other cities in Uzbekistan. Some even recruited their families to help them cook Uzbek dishes! They also wanted to teach the students in Uzbekistan about French specialties, such as calisson almond pastries, which they drew; the paintings of Cézanne; Sainte-Victoire Mountain; and the lavender fields of Provence.

These interactions have created a substantial windfall. In addition to sparking their interest, corresponding in French resulted in significant educational gains. “I find it really motivates the students. Being able to talk to students who are just like them and discover things they have in common has given real meaning to their lessons,” explains Cécile Nègre. “For example, their interest in writing well, working hard, and paying attention to punctuation is so much greater when there’s an actual reader. The fact that there is meaning and actual students who are waiting for their letters and asking questions has pushed even the hardest-to-reach students, those kids who are struggling a bit and having a tough time writing on their own, to start writing since a real person was reading their message.

To wrap up the year, the students got the chance to speak in person over the course of two video conferences. Each student took turns coming to the camera to ask questions. They talked about all manner of topics, including movies, jobs, animals, and sports. Their shared interests showed that, even on opposite sides of the world, kids are still kids.

Are you interested in setting up your own exchange program with ONE? Now is the time to get started! Contact Customer Support today to be connected with a school abroad. ONE is present in 31 countries and can help you connect with others, no matter what continent they’re on. 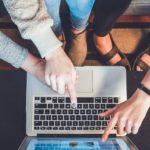 New Features in the Administration Console

Are you the VLE administrator for your school, district, or region? Now’s the time to learn all about the latest… 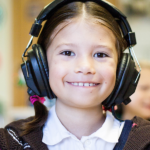 Teaching foreign languages is a priority in primary schools these days. Discover how the applications in your virtual learning environment… 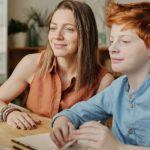 An online radio show to maintain ties between school and families

Christelle, Education Coordinator, hosts a web radio show every week on a public ONE blog. The goal is to maintain…

New Features in the Administration Console

Are you the VLE administrator for your school, district, or region? Now’s the time to learn all about the latest…

Teaching foreign languages is a priority in primary schools these days. Discover how the applications in your virtual learning environment…

An online radio show to maintain ties between school and families

Christelle, Education Coordinator, hosts a web radio show every week on a public ONE blog. The goal is to maintain…

Get more information about ONE